Do you have what it takes to play in one of the top youth leagues in the United States?  Players ranging from birth years 2008 through 2002 are welcome to tryout to be a part of the Elite Clubs National League – ECNL.   If you are ready to join a great dedicated club who has earned the right to participate in one of the toughest conferences in the country, our teams and coaches are ready!

BVB International Academy Texas’ outstanding ECNL coaching staff is experienced in identifying and developing talent and intensity in players and creating a higher-level professional player pathway for their future.  As the official United States Partner of the Borussia Dortmund Youth Academy, we embrace the world renown methodology and philosophy of player development.   Our ECNL Staff is under the leadership of ECNL Director, David Hudgell.  David is a USSF “A” licensed coach, former Director in the Development Academy, and former professional player who is well-respected for developing top talent across America.  David Hudgell and his experienced staff have the ECNL plan for the year that will challenge and push players to reach their highest potential.

BVB International Academy promotes the highest-level player pathway in the country and we invite you to be a part of it.  For information, contact David Hudgell directly at david.hudgell@bvbinternationalacademy.com  or by calling him at 214.394.6837.

Take your game to the next level, become part of BVB! 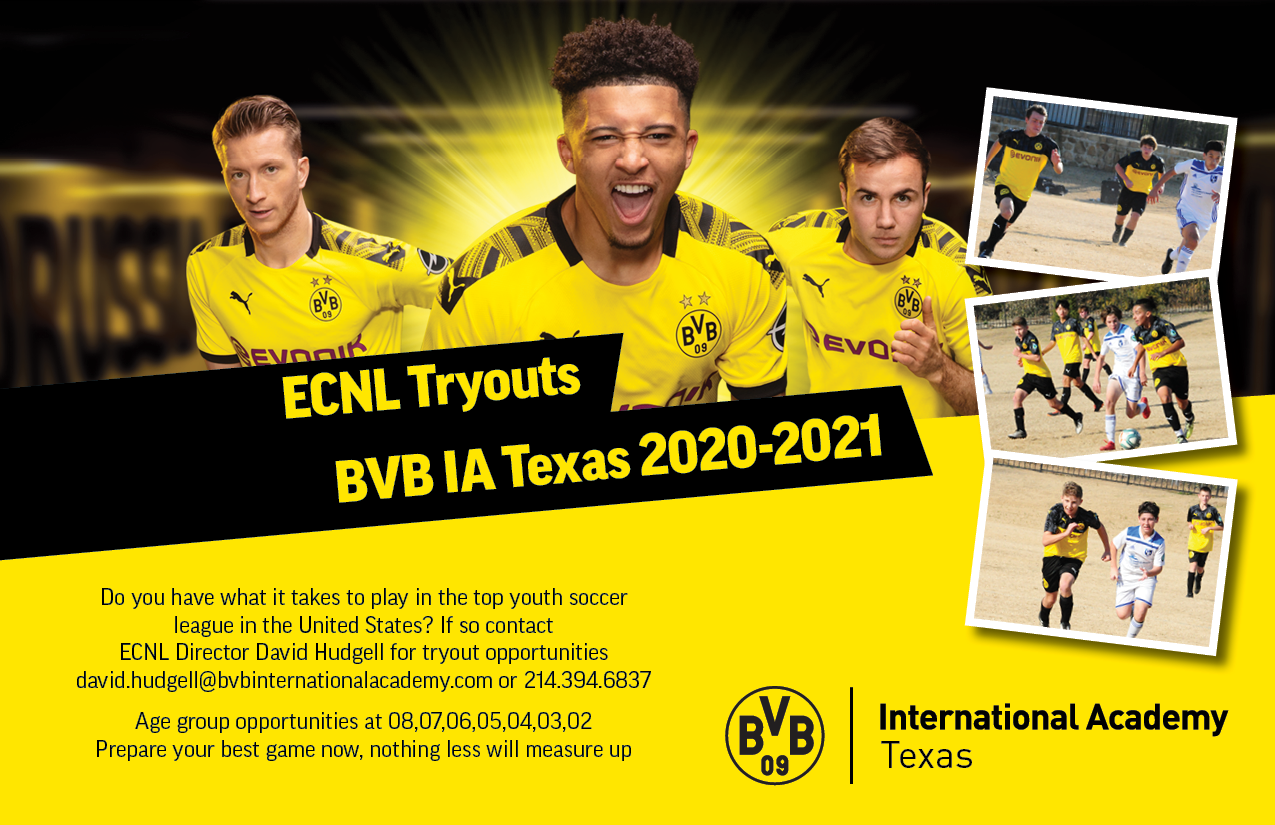